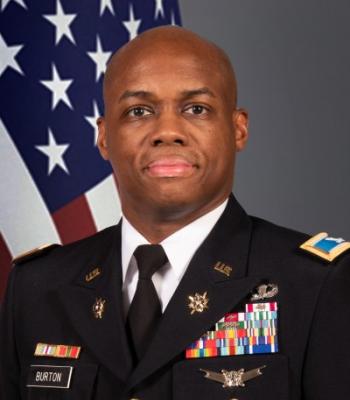 Colonel Donald L. Burton is a native of Nashville, Georgia, and was commissioned in December 1994 as a Second Lieutenant in Military Intelligence with an Air Defense Artillery branch detail from Florida Agricultural and Mechanical University.